Ninety-three is a ripe old age, but he didn’t make it. He died in 2003 at age seventy-nine, but I think he would say he lived life his way and as well as he could. Can one wish for more?

My father would be celebrating ninety-three years of life today. I miss him. He was many things, but always “daddy” to me. It seems that people either loved him or hated him. It also seems that he felt the same about most people. Does that make him any different than most of us?

I really want to tell his story, but it is like Swiss cheese, or a bucket full of holes, or a cake that I didn’t remember to burst the air out of before baking (this was his favorite kind of cake, heavy, and he taught me to drop the pans flat on the counter so the air bubbles would rise and burst!)…his story all falls to pieces, or just doesn’t fit together in the first place. As it turns out, those holes existed in his heart, and he died with them.

It would be his story to tell, but for the most part, he never did. Yes, we heard some stories…good, bad, and ugly…from his childhood on through his life, but it seems he kept some things secret and it actually has created some holes in my heart now! Those places in my heart are not so much about what he told or didn’t tell, what he did or didn’t do, but about the pain he held inside and how much freer he might have been. If he had shared more, how much would he have been judged? I doubt more than he was judged by some anyway. I know that what I have learned has only made me understand him better. It confirms my feeling that secrets only hurt, sooner or later.

When Harold Watson Smith was born on April 4, 1924 (or so says his birth certificate, though that is another story), he began a life in the hills of West Virginia, outside Charleston. He was the 10th child I have been able to document, with two more brothers to come along after him. He said there were more. I began work on a family tree in 2002 and he was very clear that he didn’t want me to search his line. Being so much like him, he had to have known that to say those words was like throwing a bone for a dog. I would be off on the search. Yes, being stubborn is genetic.

I lived across the country and would continue to call and talk and ask questions. He began to open up, bit by bit, and told me some things. One big item being that he never knew who his father was and that had left a “huge hole in his heart”. I will always remember him telling me that. At any rate, he finally agreed to tell me all he knew when we could sit down together, face to face, and talk. Unfortunately, not too long thereafter, he had a massive heart attack and died. I did get to his bedside before he passed, but was certainly not going to talk genealogy then. He was not able to say much at that point anyway.

So began my journey into his history. I was going to fill that gap that existed for him. I was on a mission, indeed. My mom’s line would have to wait, as I knew those folks already and had some sources for searching. Daddy’s story needed to be discovered. After years of research, and two trips to West Virginia with my sister and brother, I can say I have learned more. And yes, I have found some darkness. It exists in all families, by the way. Now what I wonder is if it is right for me to tell his story. I have shared my suspicions with many. I have had some confirmations and been left with more holes in other places. Personally, as mentioned, I find the information revealing and interesting. But, is it my story to tell? I am ruminating on that. It is part of my heritage, but he didn’t want some things told. He just didn’t tell me what those things were.

So, today, I will say Happy Birthday, Daddy! I love you, I always did, and I miss you.

More of this story to come…sometime…perhaps.

4 thoughts on “Birthdays and Holes” 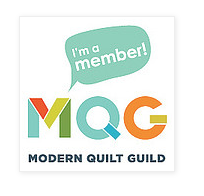